Getting Ready for Santa Claus

'Twas the night before Christmas and all through the house. . . creatures were definitely stirring, but that's okay. We have cats. Nick also wore a Santa hat and helped pass out the presents. 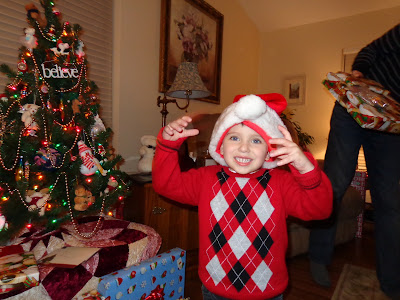 Nicholas hung the Santa ornament on our Christmas calendar. 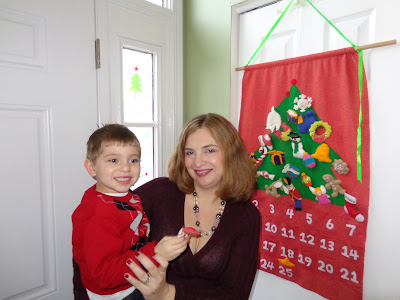 The stockings were hung. . . well, over the dining room window on nails. We don't have a chimney. 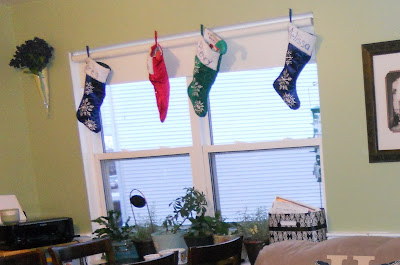 The children were nestled all snug in their matching reindeer pajamas. 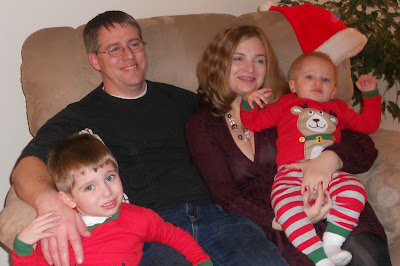 There was dancing going on: Nick and I did the happy dance when he went potty. 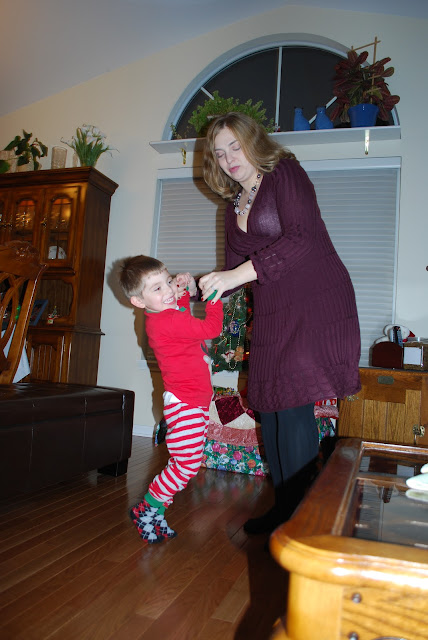 Instead of visions of sugar plums in their heads, though, they were chasing Grandpa Ray's new RC helicopter. For real. 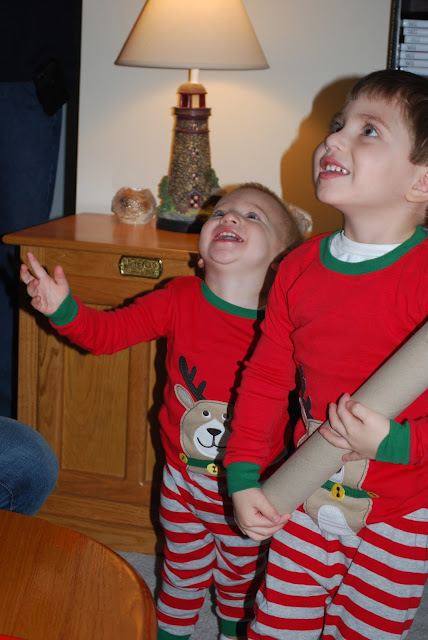 Then, on the way home, Nick talked for 45 minutes straight, mostly about Santa Claus. He wanted his daddy to park on the street, so the reindeer could use the driveway. Grandma Toni told him that reindeer feet were sensitive and liked to land on the soft grass instead.

The moon did not fall on the breast of any new-fallen snow, but Nick did sprinkle some reindeer food on the front lawn. 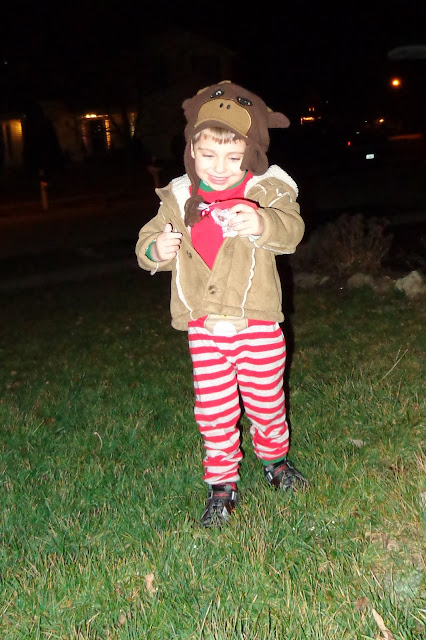 I don't wear a kerchief, and Greg is more of a shorts and t-shirt kind of guy. We did both settle down for a long winter's snap, though. Eventually. 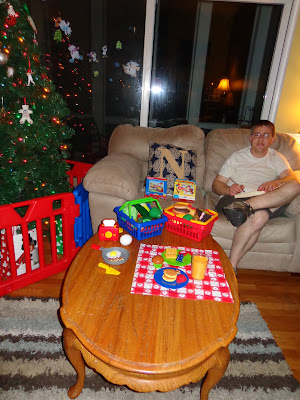 First, there was a lot of work to do. 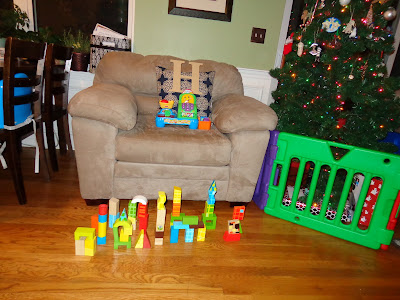 We didn't jingle any bells after the boys went to bed. We didn't want to wake them up! Henry jingled plenty of them before bedtime, though. 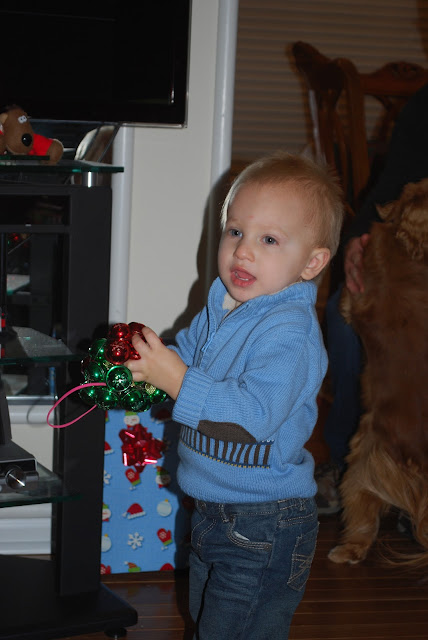 I hope everyone had a very Merry Christmas!
Posted by Melissa E. at 6:26 PM