Henry's Cooking Up Something Inedible!

Henry is seriously "into" pots lately. The lidded variety are his preference, though he'll take any pot he can steal. (I sincerely hope that the latter part of the previous sentence is never said about my son in any other context.) 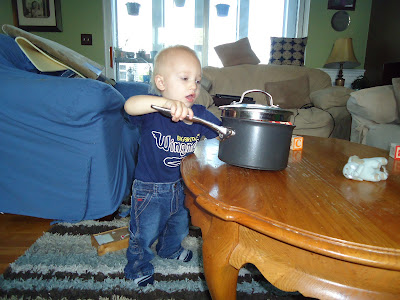 The other day he played quietly for a full half-hour with just one pot. I let him. What's one more pot to clean when compared with a happy, relatively silent child? Ahh, but what, do you ask, did Henry put in his pot? 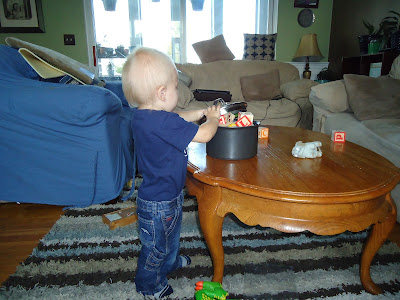 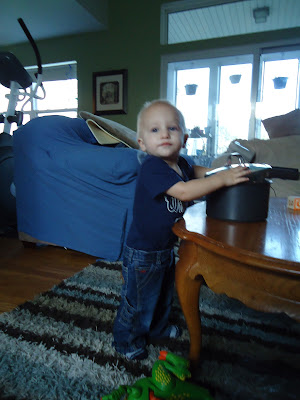 Will Henry like cooking as much as Nick does? That remains to be seen. But for now, Henry's great at cooking up a nice pot of blocks.
Posted by Melissa E. at 5:00 PM