A Rather Serious Fellow

I think I've said that Henry can be a rather serious fellow, at least on camera. I have such a hard time getting Henry to smile and laugh on camera. Off-camera, he's a regular ham. But it is very rare that I'm able to capture a grin. I did get a nice one yesterday, though. 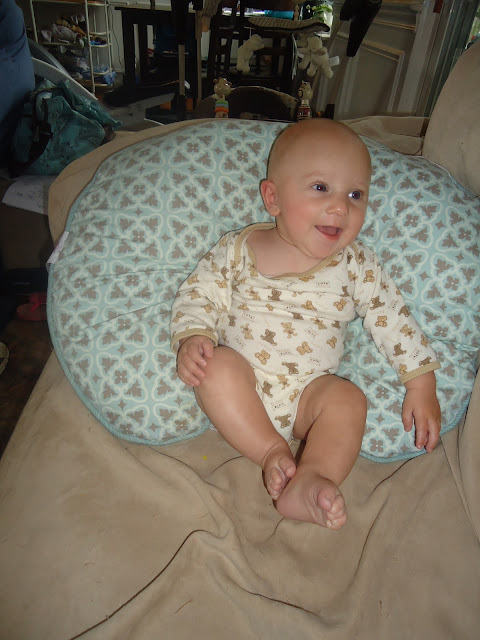 I tried to get Henry to giggle for me on camera all day today, with no real luck. It was pretty funny, because he'd be laughing and smiling and looking all adorable, but as soon as that camera came out, this is the look I would get: 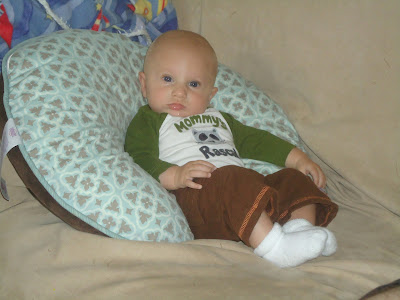 We even tried having Greg fly him around and talk to him while I used my camera to videotape. Still cute, but not as adorable as when Henry starts laughing.