Nick had his 8th birthday party today, on our last day of Thanksgiving break. 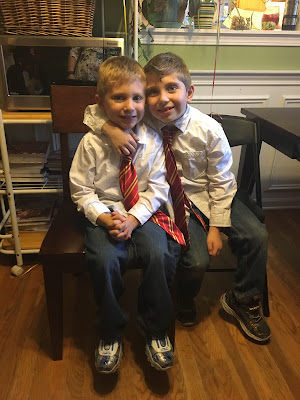 November parties are normally difficult, because it's too cold to hang out in the backyard, and our house is very small. They year, however, Nick received some outdoor gifts, so he was very definitely outside. His favorite gift? 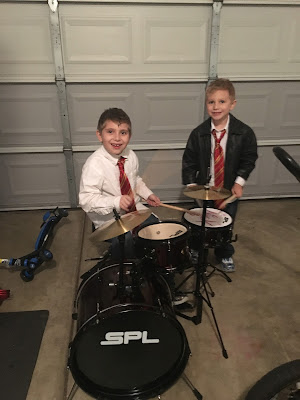 Auntie Mandy and her boyfriend Andy split the cost of a set of junior drums with Greg and me. I guess they're just like a full adult set of drums, only smaller. So Nick spent a lot of time showing off his drumming skills to various visitors. Auntie Mandy even decorated Nick's drum head, and it turned out really cool. 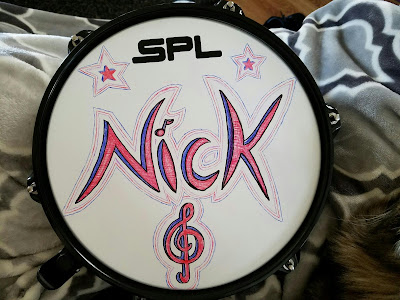 Personalized drumsticks? Nick has those, now, too.  I'm anticipating Nick spending a lot of time in the basement with his drumset this winter. Perhaps Henry will accompany him on his favorite instrument--the microphone. My mom gave us an older karaoke machine so that my boys can make as much noise as possible.  ;)


Nick also lucked into getting an awesome skateboard with a super-cool green helmet and pads. Of course, he wanted to try it out right away. 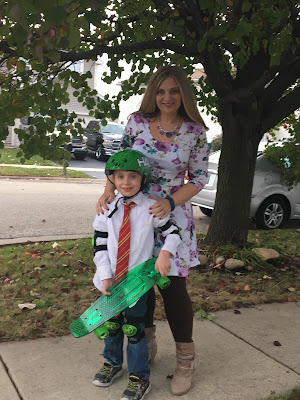 He's still working with just one foot on the board, but he sure was excited! I'm hoping the weather isn't too cold this week, so that he can spend some more time working on his skateboarding moves. 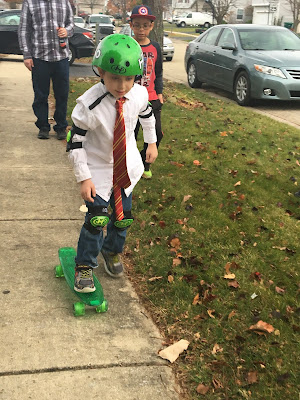 I bet he'll be a great skateboarder someday, but for now I'm sure glad he's got a supercool helmet and pads. 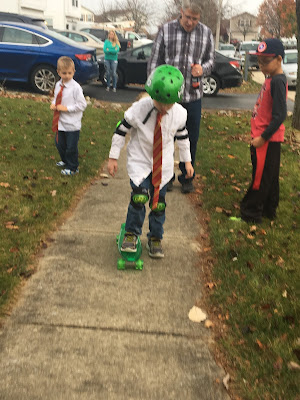 Something tells me there will be a few bumps and bruises along the way. 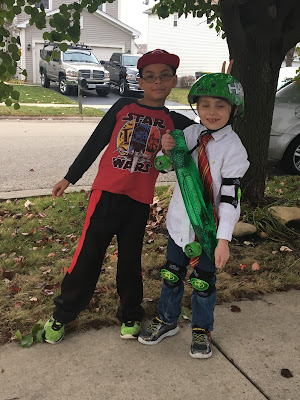 It was a Harry Potter-themed birthday, so Nick ended up with these cool mini-cupcakes from Smallcakes. I made sure they got some more wear out of their Griffindor ties from Halloween. He also got a magic set that looks messy but really fun, just the thing for a cold winter night. 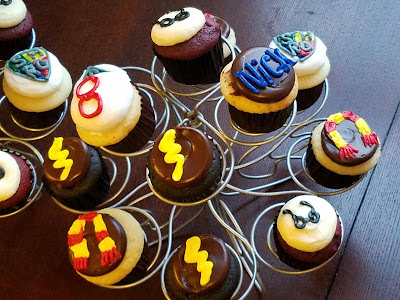 His Grandma Toni also got him the illustrated version of the first Harry Potter book. Nick actually ended up with a whole stack of new books he's eager to start reading. 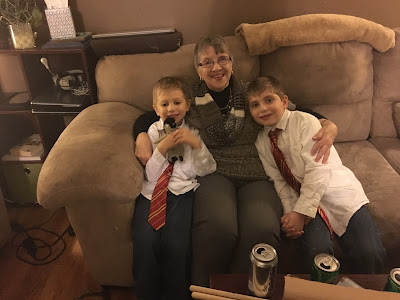 According to Nick, it was the best birthday ever. 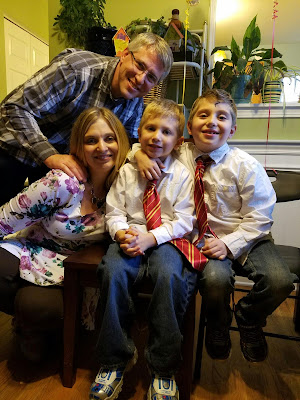 What better way for his birthday party to end than with a hug from his cousin Sophie? 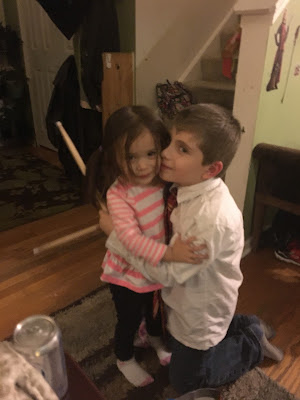