Today we took Nick and Henry on their first Cub Scout Hike. We went to Buffalo Rock State Park in Ottawa, IL, which is about an hour southwest of us. 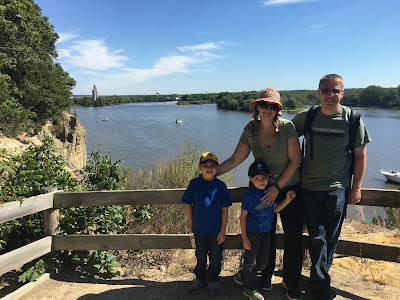 During the first leg of our hike, everyone kept finding wooly bear caterpillars, who, by some accounts, can predict the weather by their color. I guess finding a lot of black ones with very little orange means this winter will be bad. Time will tell! 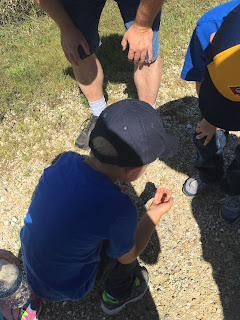 We decided to join Cub Scouts a few weeks ago, when I took the boys to a Community Festival at their school. Cub Scouts were recruiting, and they thought it might be fun. I was a Cub Scout counselor back in the mid-1990s, and I remember how much fun the kids had. For kids as active as mine, I thought something like this would be a great idea. Henry wanted to "wear a suit" like the scouts. So we joined, and they got their own uniforms. 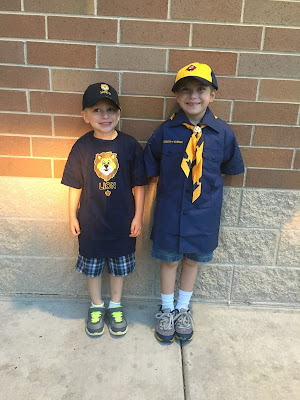 Henry is officially a "Lion Scout," which is a pilot program to get Kindergarten-aged students into Cub Scouts early. Nick is a Wolf Scout because he's in 2nd grade. Doesn't Nick look proud of that fact? 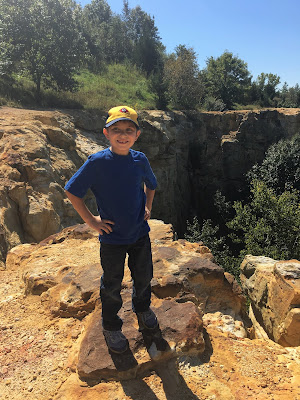 He's not actually that close to the edge--our Cub Scoutmaster kept them all very safe. I was very surprised that this kind of cliff could be found in Illinois--in fact, the topography of this whole area was really gorgeous. 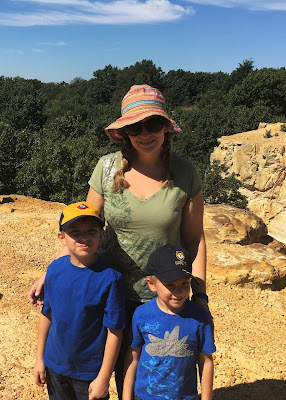 Lest you think that this was some kind of gentle stroll through the woods, check out this picture. We actually climbed down to the bottom and them back up and around to the top of the cliffs. 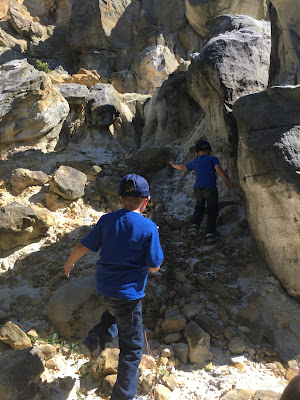 I was very proud of how well the boys did while climbing and on the hike. All things considered, there was very little whining and a lot of good questions. 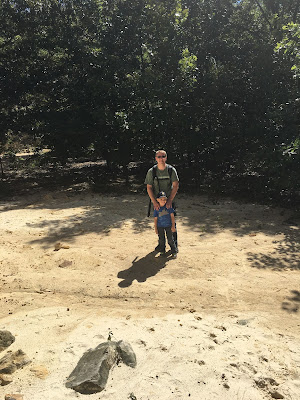 Greg was a trooper and carried our lunch and water bottles in the backpack. 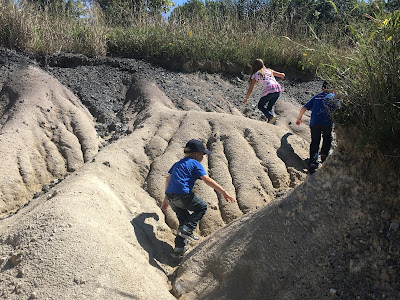 My Fitbit tells me I walked 11,120 steps today, and that this hike took us a little over three miles. It feels like more--this was quite the workout! My calves and feet are very sore, and I'm sure Henry's little legs are too, though he didn't complain too much. 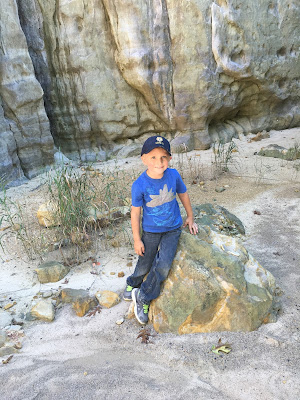 I fell asleep in the car on the way back, just like a little kid. I figure I can handle more of these hikes in the future, though, so long as they're designed for Cub Scouts. If a five-year-old can do it, so can I! Henry and Nick were so proud of themselves today, and the best part? There were two stinky buffalo and a playground at the end of our long hike. You'd think they would've been too tired to play, but then you'd be wrong. 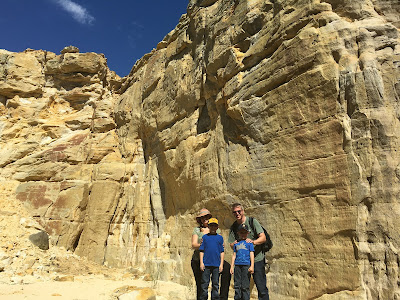