Well, we made it through another Halloween. We nearly froze, with temperatures in the 30s and really high winds, but the candy was plentiful. This morning, it was snowing, so I'm glad it stopped by the time evening came along. 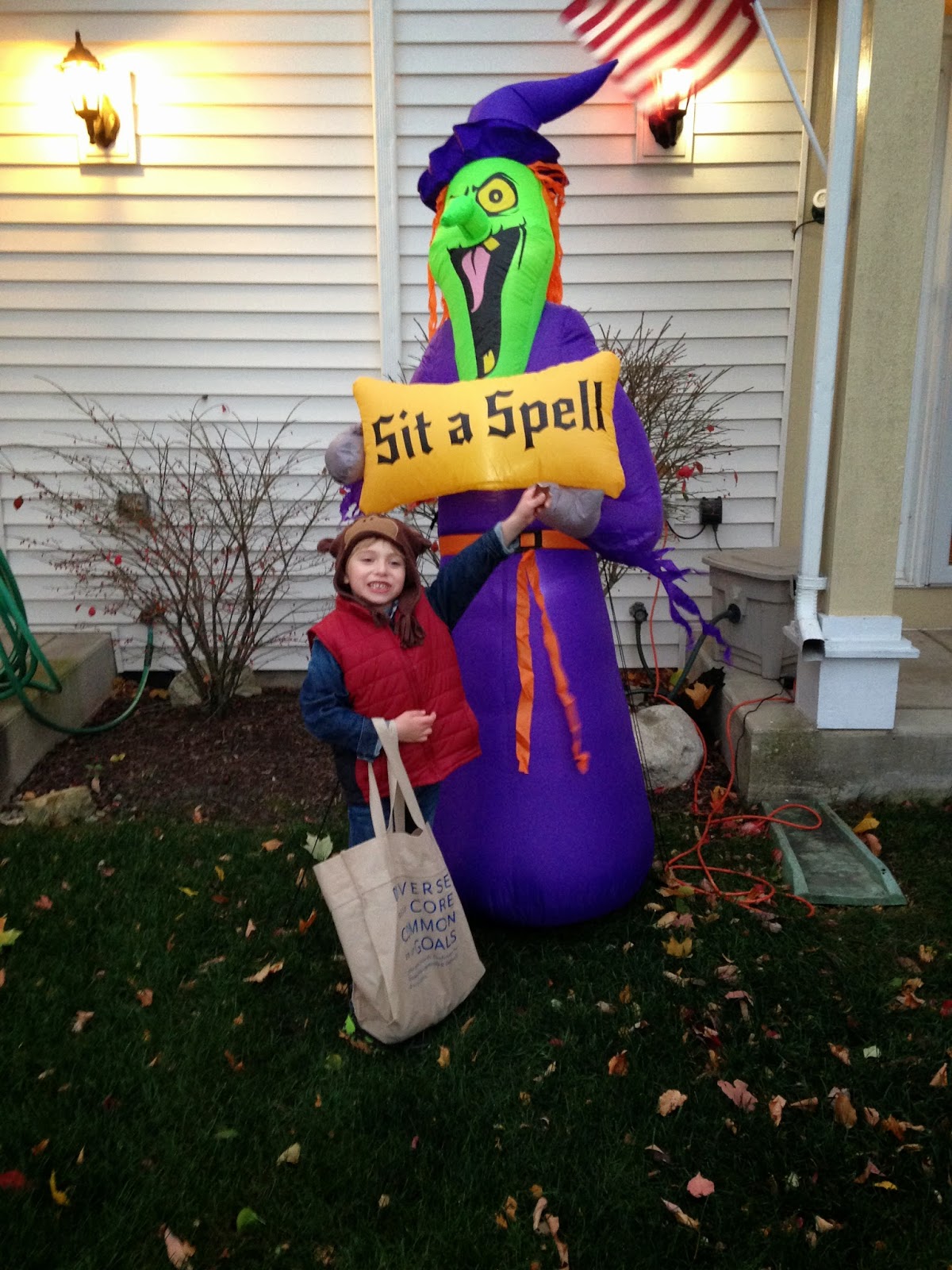 Somehow the kids' cute costumes never look quite as cute when you have to bundle them up for the cold weather. Point in case: Henry this morning vs. this evening.


See? The effect isn't the same with a coat and a hat, especially when their winter hats are moose hats.


We stopped at the "haunted house" down the street. The boys were too scared to go into the creepy garage. Frankly, I don't blame them. I wouldn't want to go in there, either. I did get them to pose, briefly. 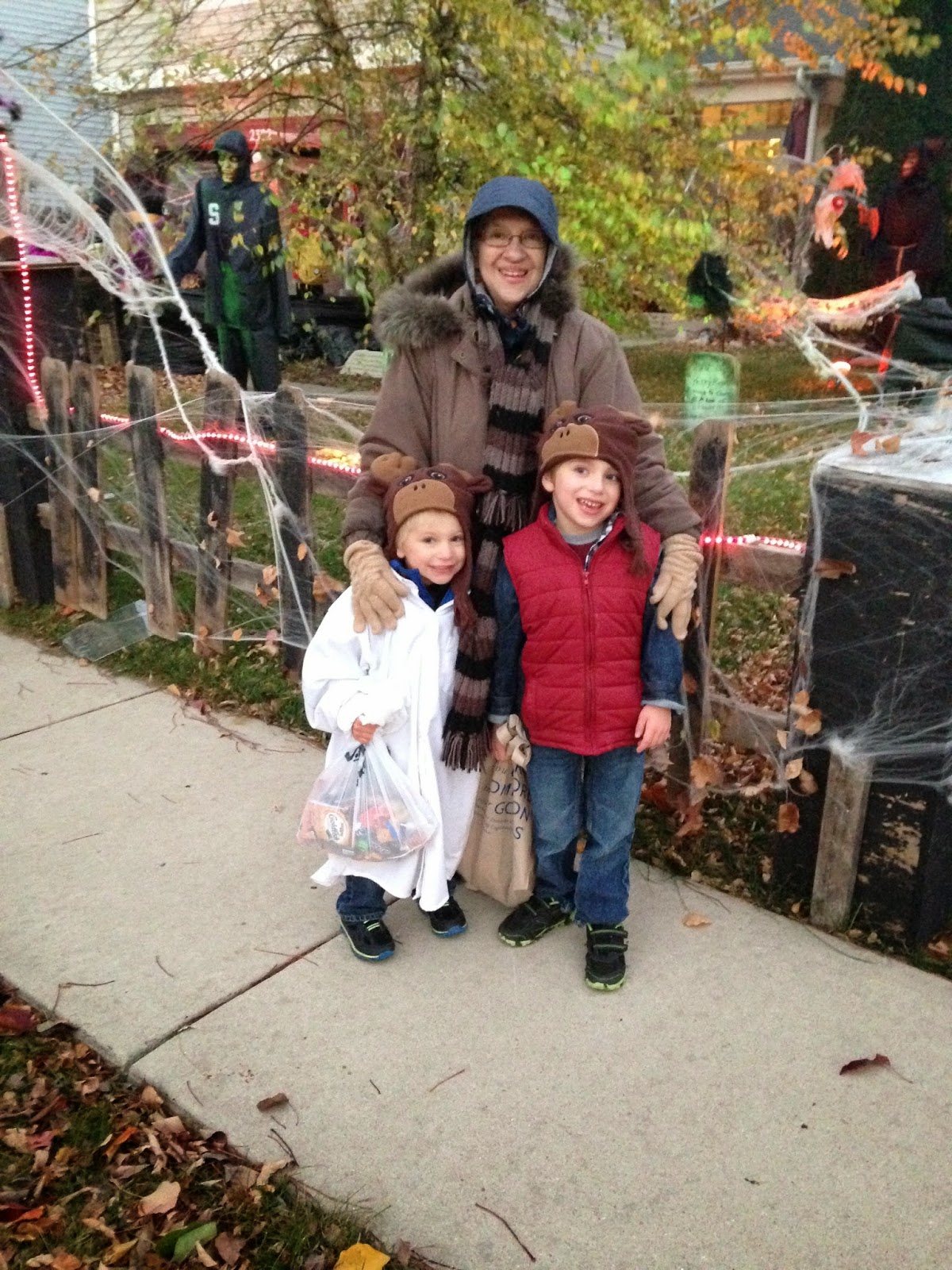 Most costumes I saw tonight were obscured by winter coats and hats and such. Ah, well. Such is Halloween in Northern Illinois. 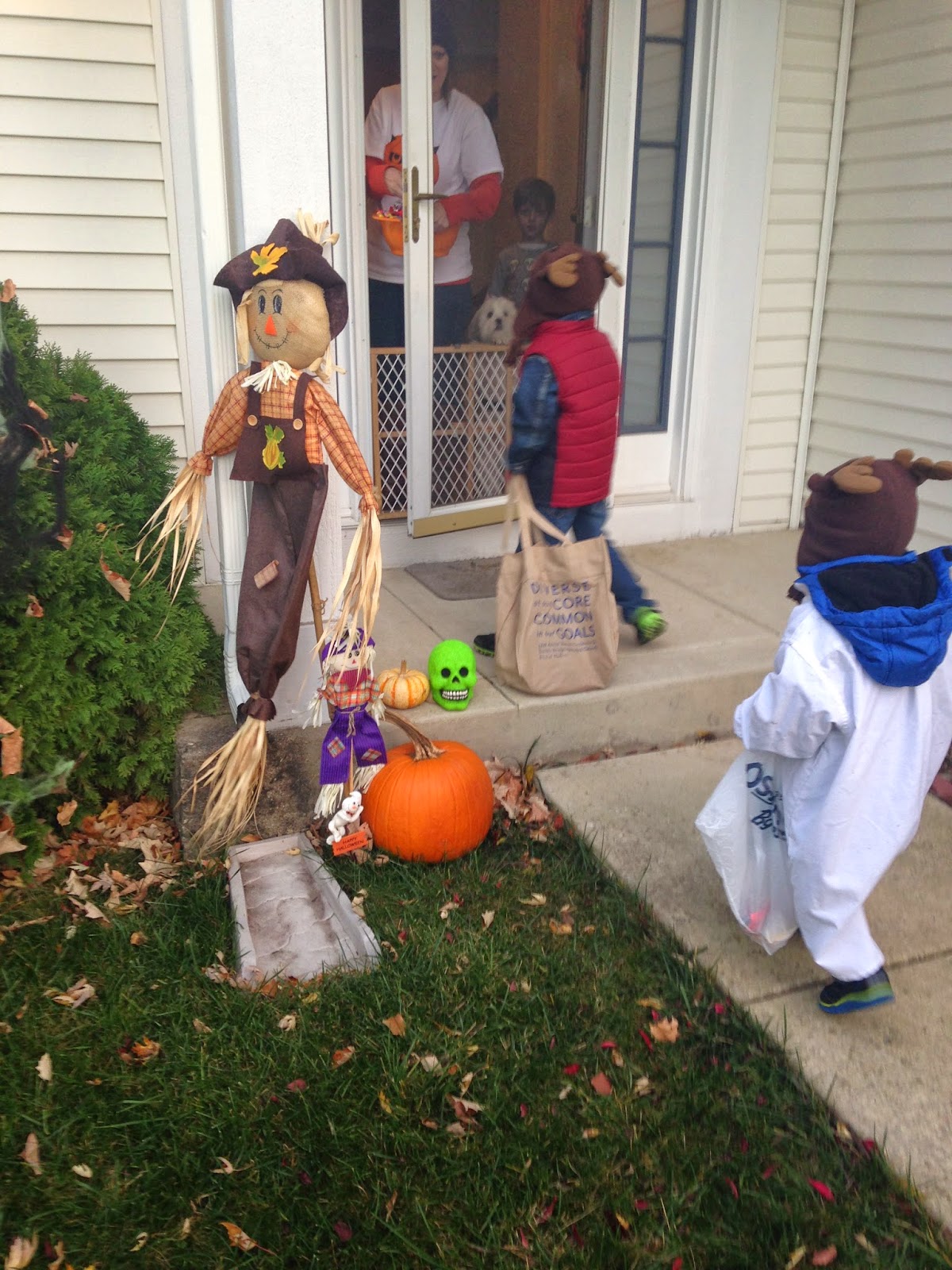 Greg snapped a picture of Nick in his Kindergarten Halloween parade this morning. I think his Marty McFly costume is much cuter without the moose hat. 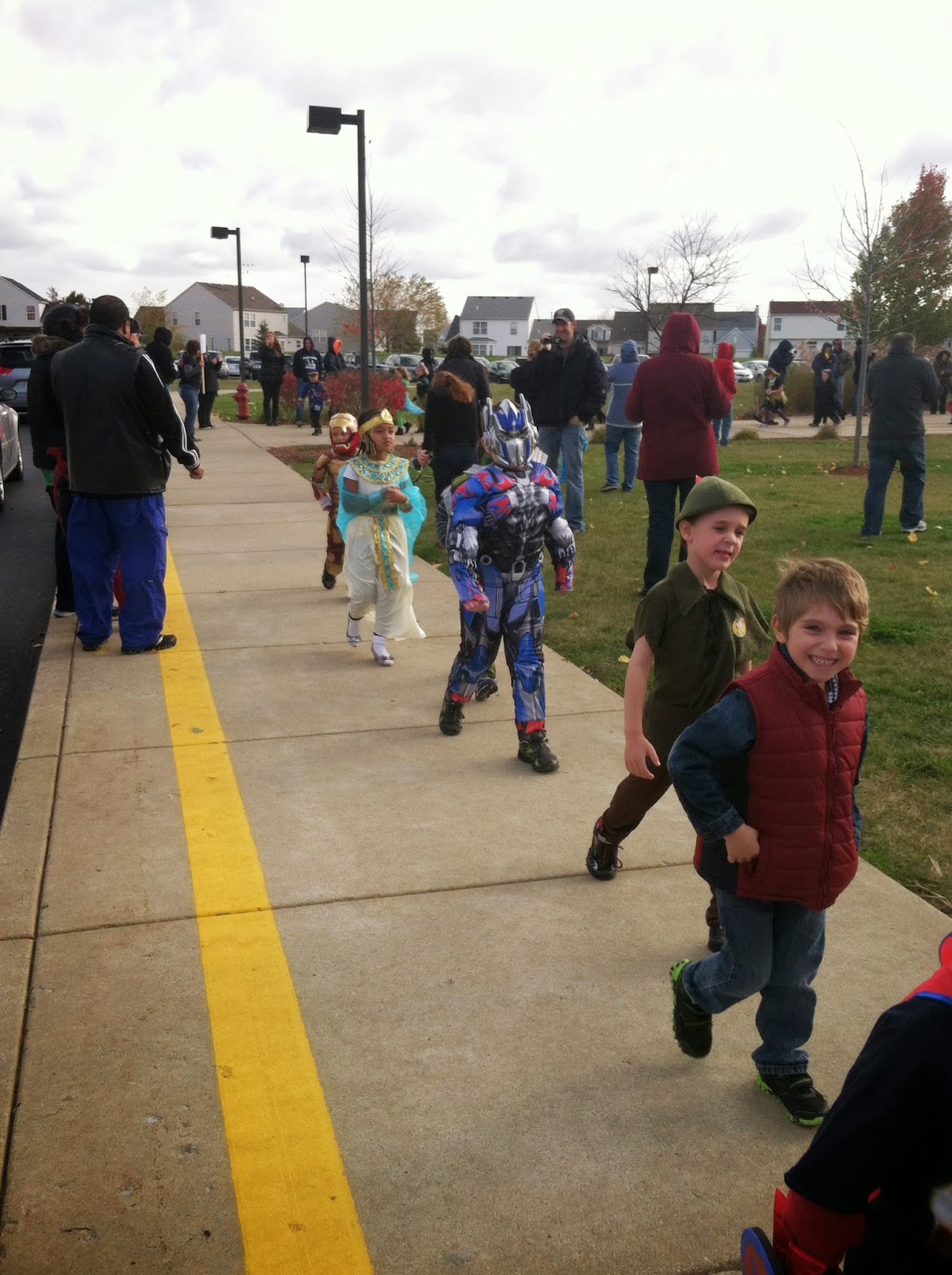 We only lasted maybe an hour, but the boys still got almost more candy than they could carry. This year, most of the time the boys went up to the doors themselves and we stayed back on the sidewalk. 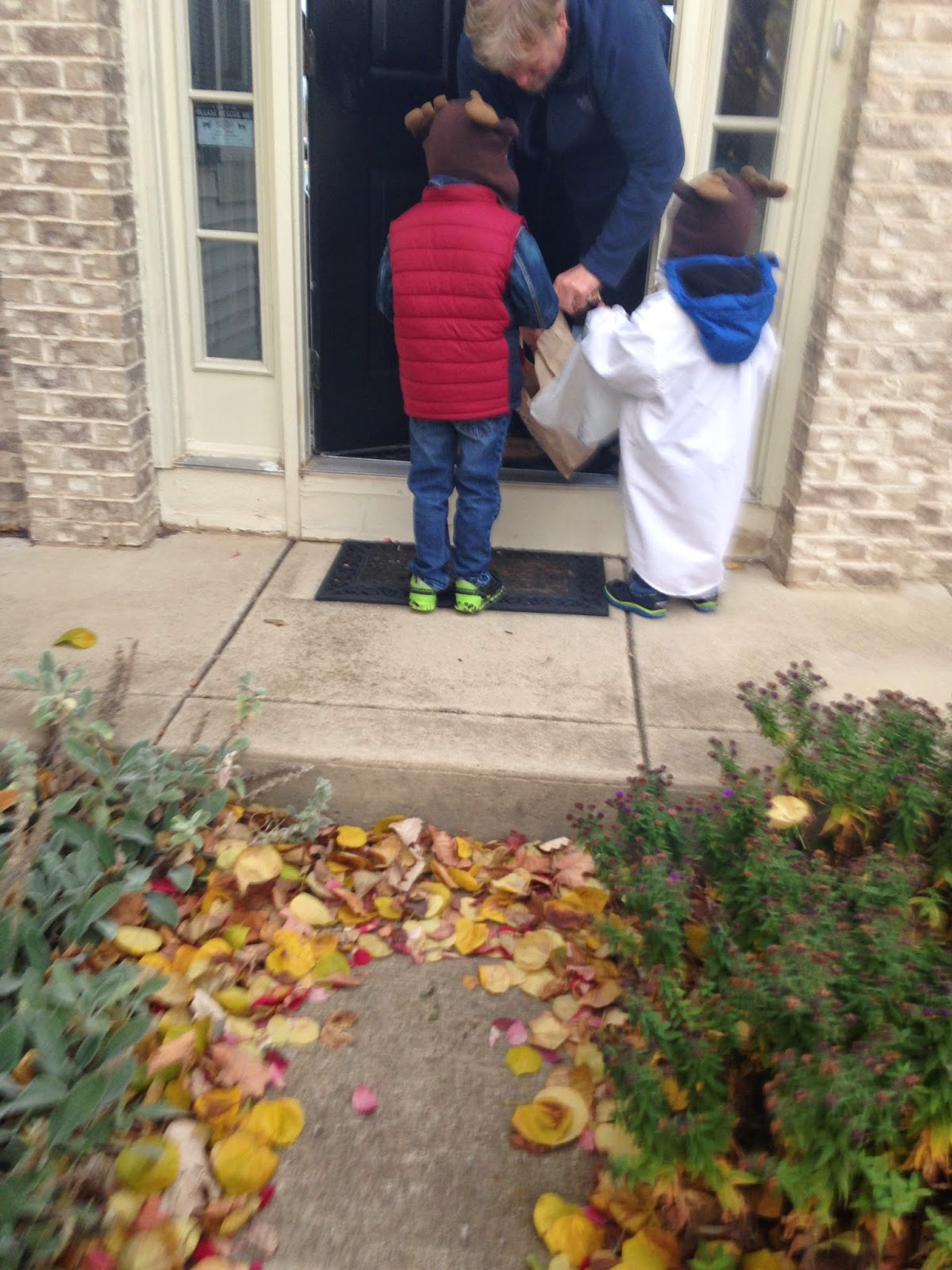 Nick even met a few new friends, including this guy. 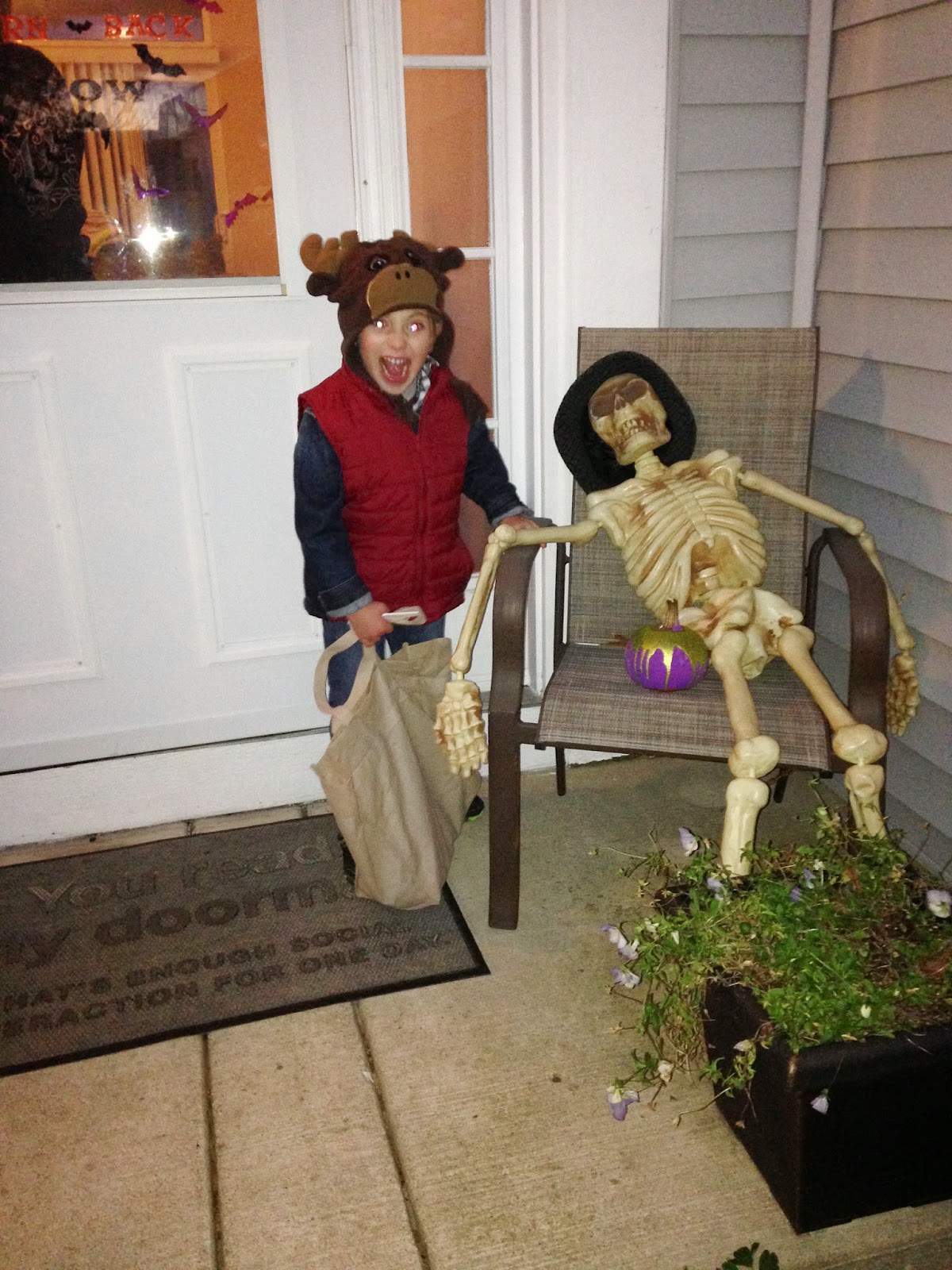 Oh and under all those layers of costume and coat, guess what Henry was wearing? His Darth Vader hoodie. No matter what, he's always a Star Wars character under his clothing.