I remember the days when I could shop for hours and come home feeling slightly guilty but incredibly cheerful. Before I had kids, most of my shopping was done for myself, and I could spend hours trying on clothes. To tell you the truth, my favorite way to shop is when I wander aimlessly until I see something I like. All of that has changed now. Henry, apparently, had only three long-sleeved shirts in his size, and somehow all of our 3T clothes from when Nick was that size have disappeared. Therefore, he needed new shirts. I suppose I could have waited for that elusive thing called "free time" and gone by myself, but the boys were begging me to "Take us somewhere fun, mommy!" I took them to the outlet mall. 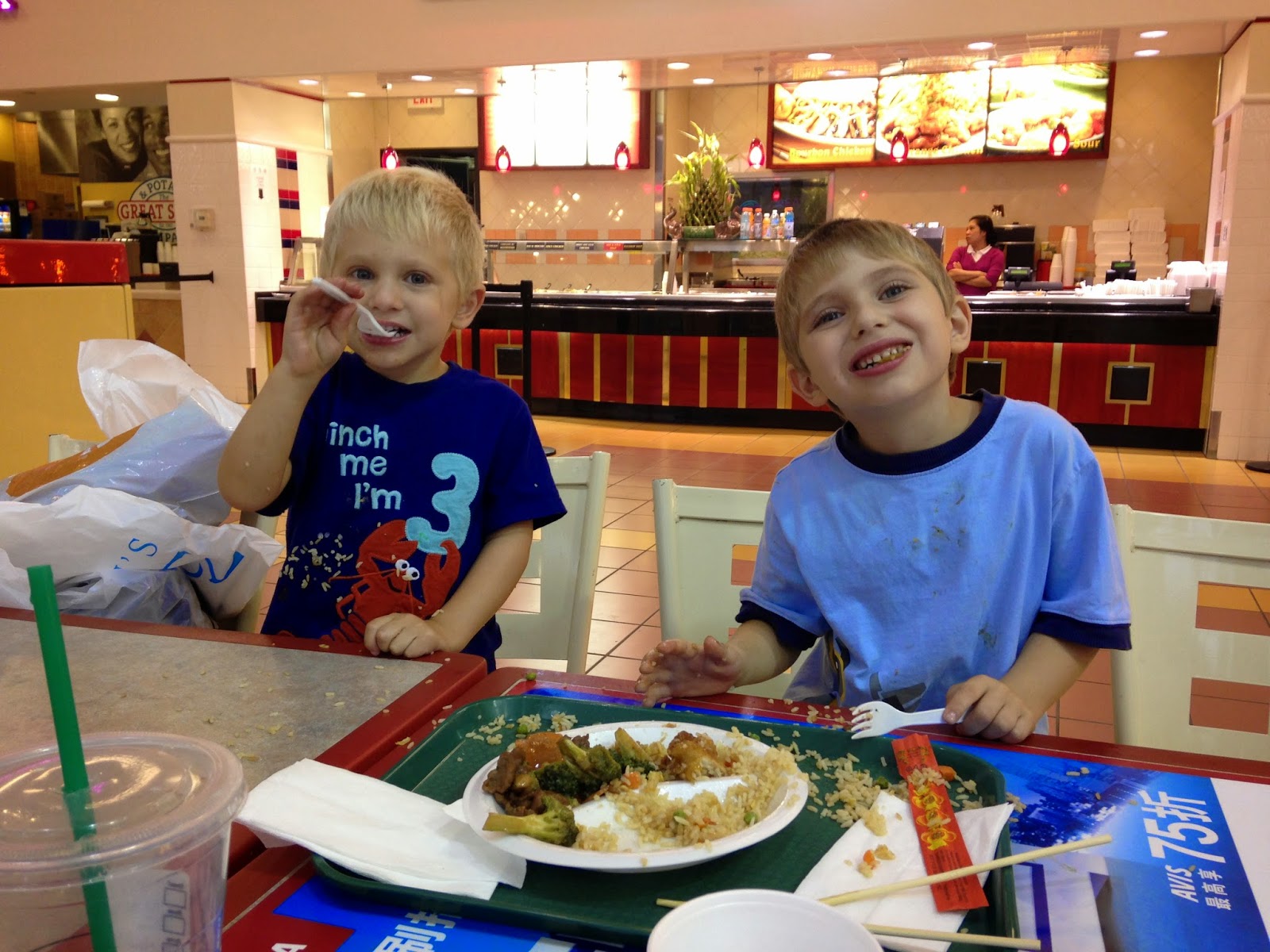 Do you see the large stack of bags on the chair next to Henry? None of that is mine. Not one thing. All of it is for Henry and Nick. 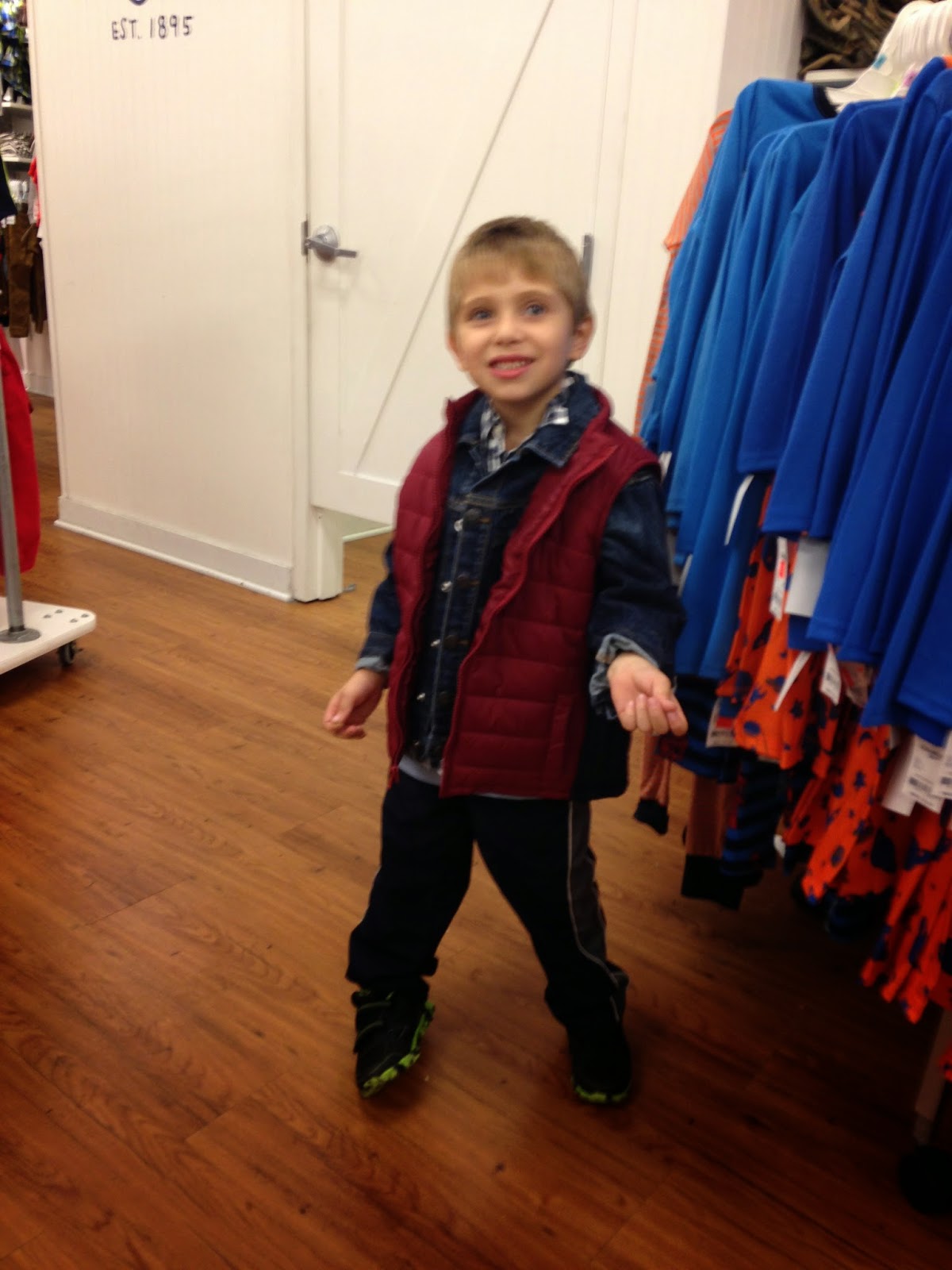 Also, my boys don't generally like trying on clothes. They care about what they wear, just not enough to, you know, glance at what you're buying. 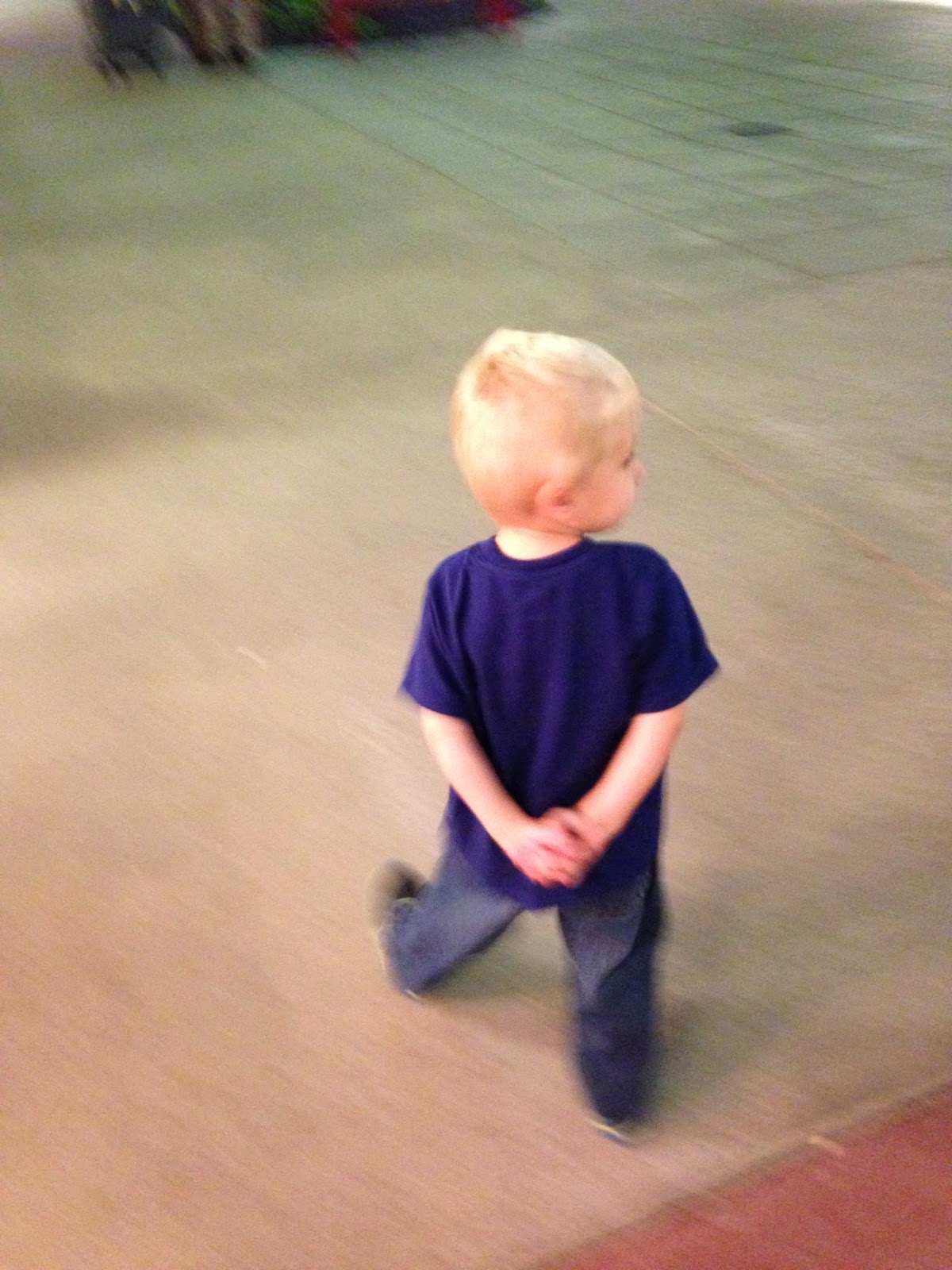 They will, however, glance longingly at cookies. They also walk directly (in a pied-piperish way) toward the Mrs. Field's store as if mesmerized. Good thing I was in the mood for a cookie, too. 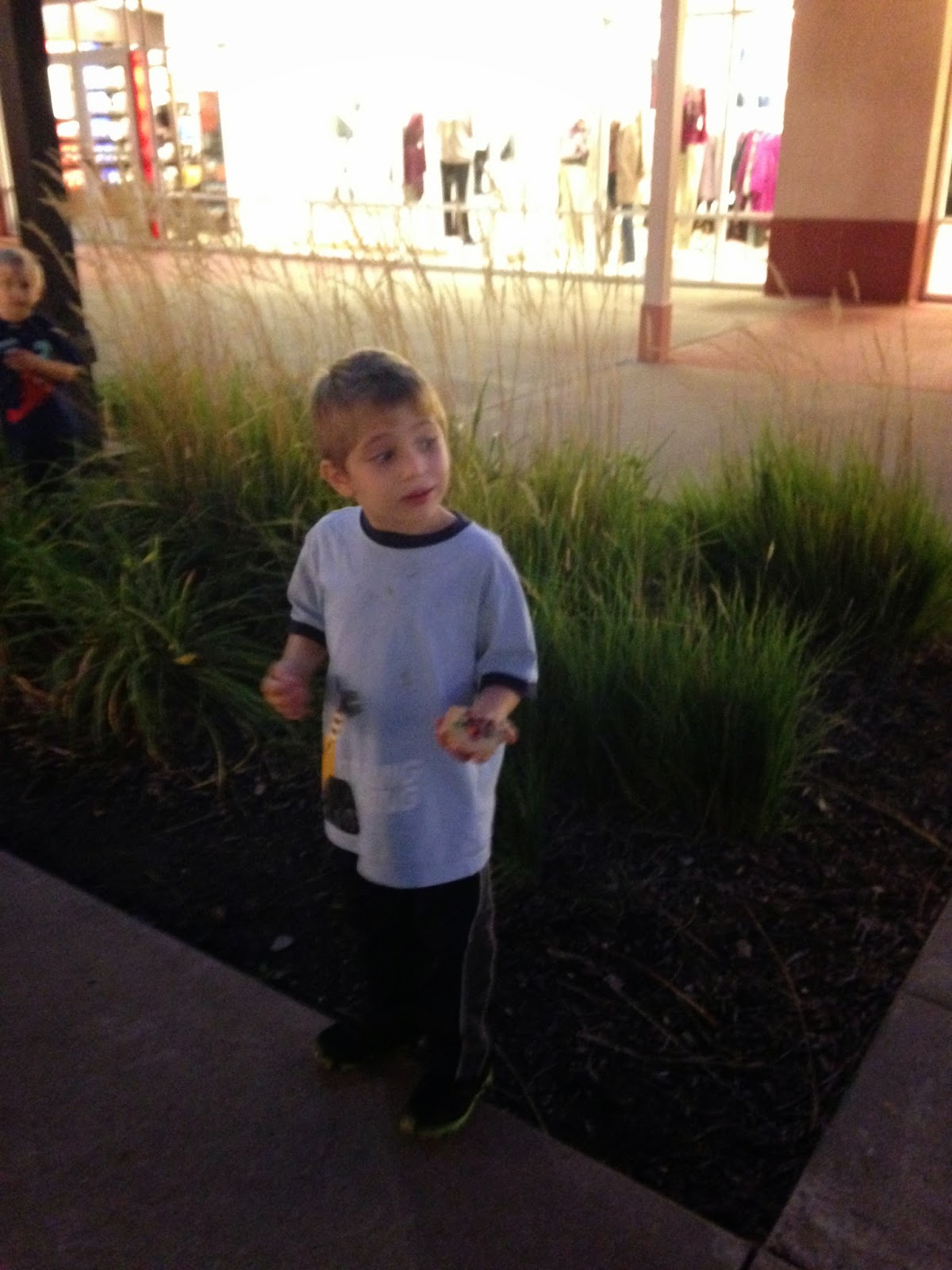 These metal quarter-eating monsters occupied most of my boys' thoughts for the several hours we were at the mall. (As in, "Are we going to the cars now?" and "How about now?") 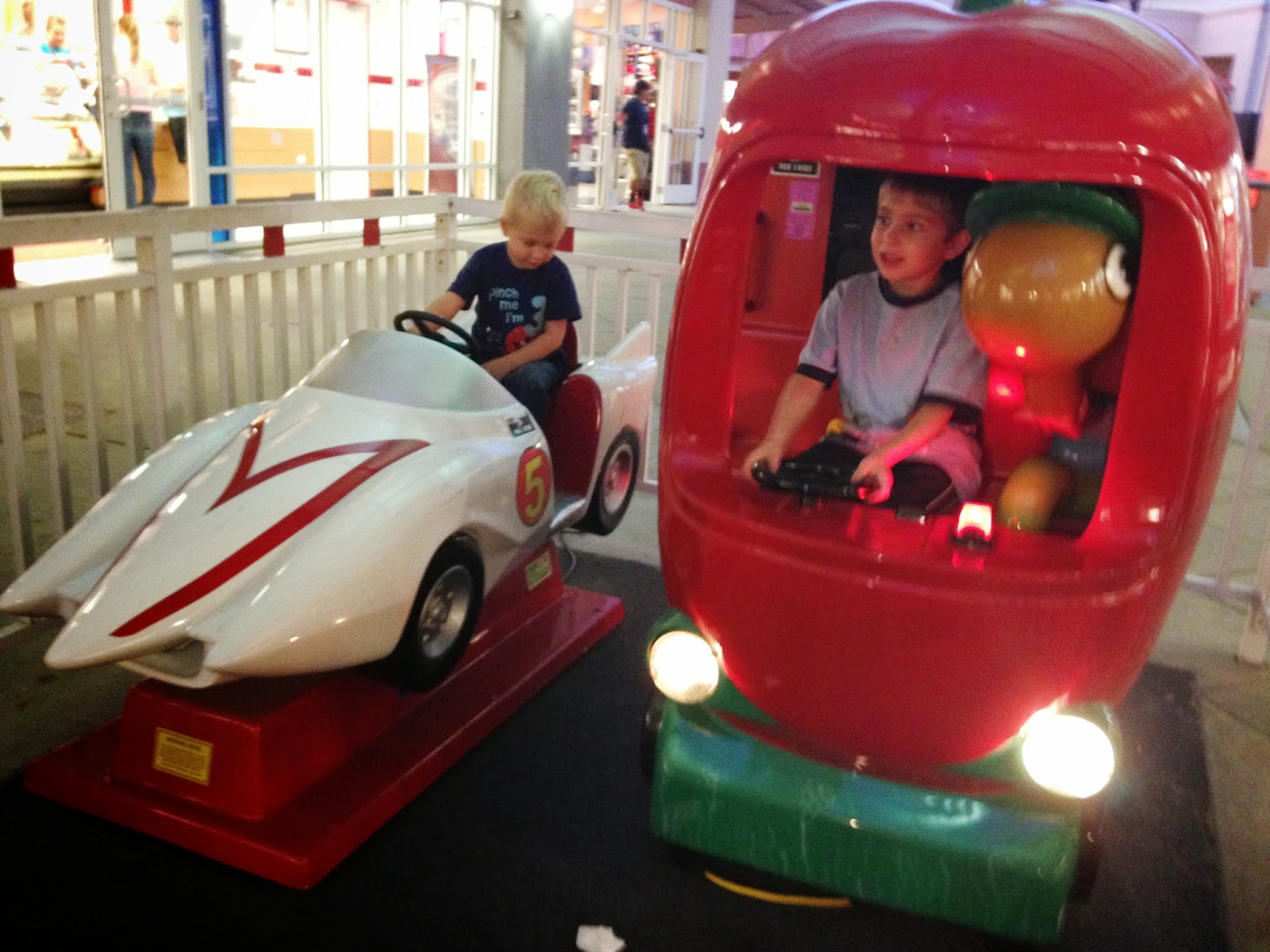 Two of them in another area ate our money and didn't work. I was mad and the boys were miffed (which, for a three-year-old, means absolutely devastated). So we walked around the corner and found some more cars to sit in. These, thankfully, worked. Four quarters for about two minutes of joy--it was worth it for them because it wasn't their quarters. 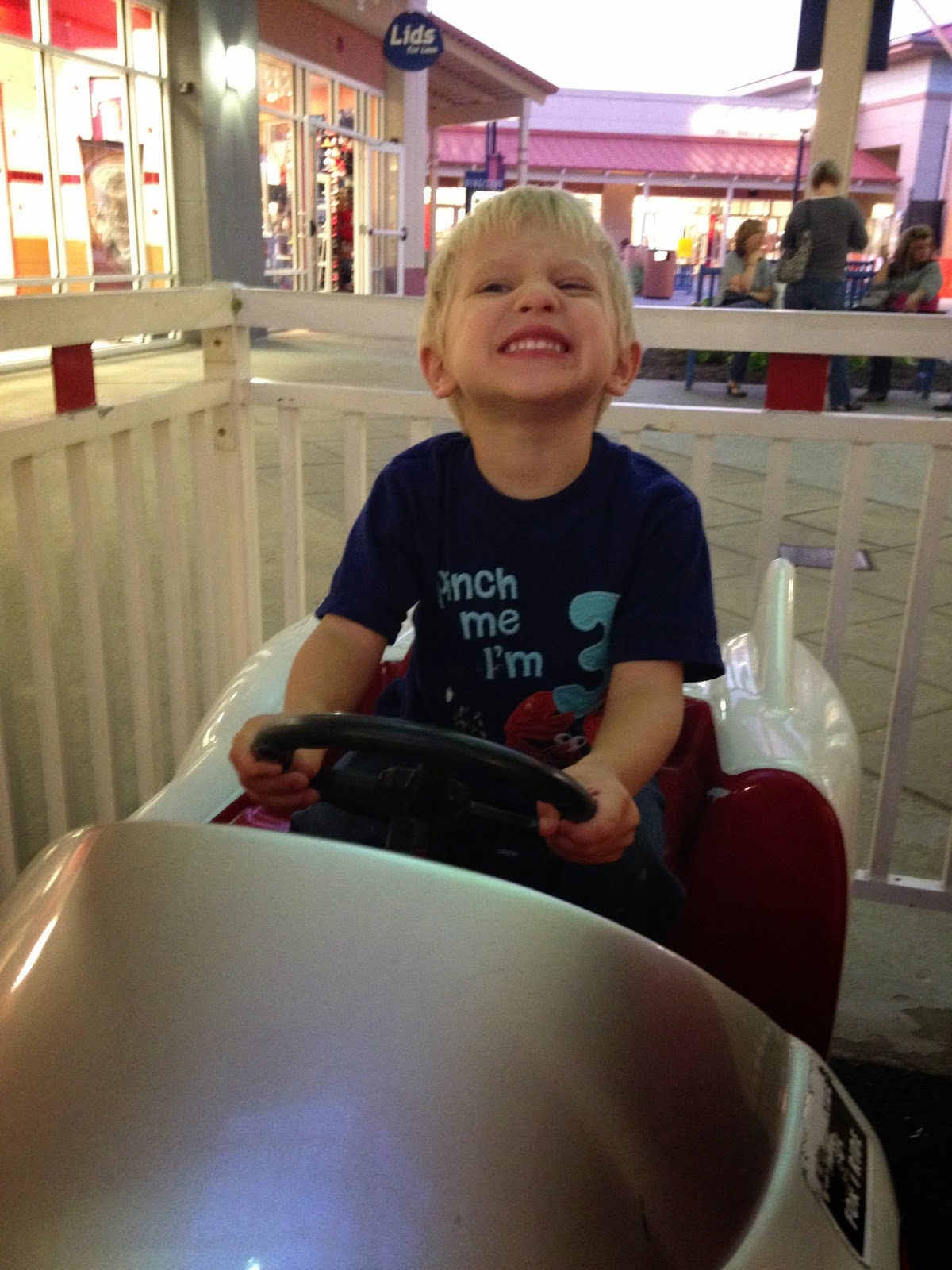 Shopping used to invigorate me. Now it just makes me tired. 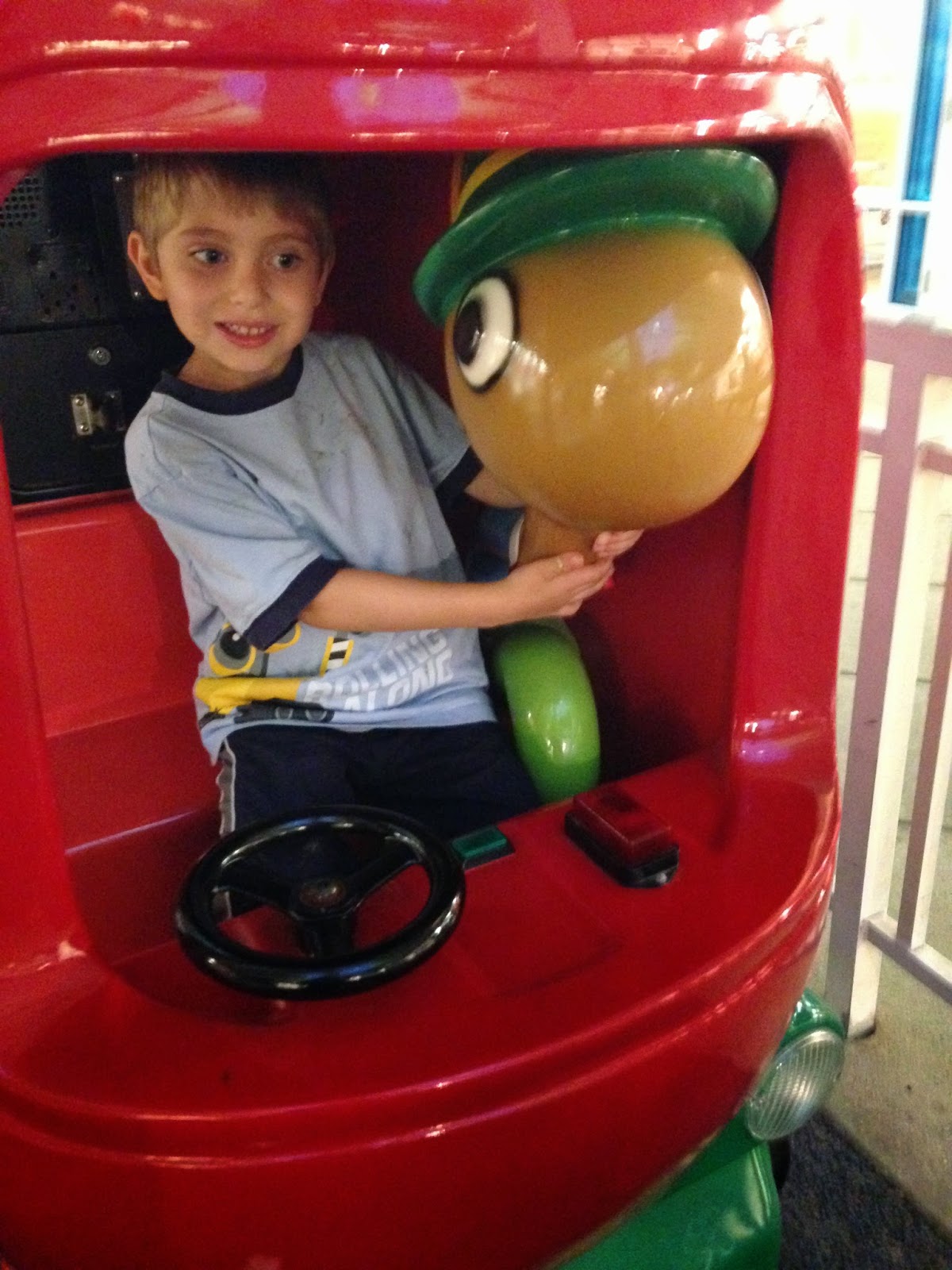