Nick really understood about Santa coming this year. He was super-excited when he went to sleep on Christmas Eve. Christmas morning at our house was full of joy. . . as well as plenty of plastic packaging and cardboard. 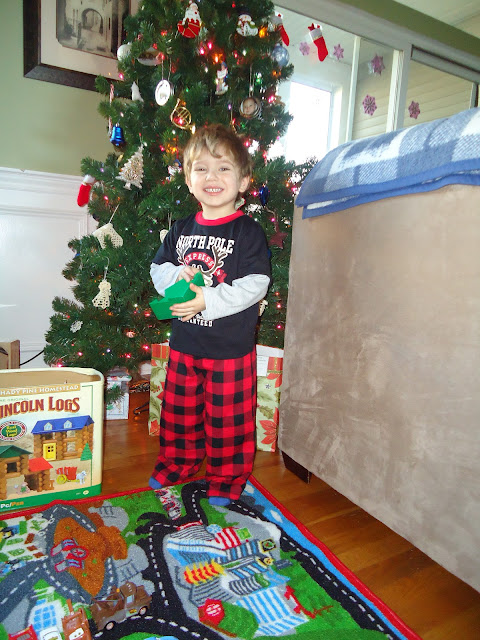 Nick's 2011 haul from Santa included a "Cars" rug  with roads to drive on and a set of the character cars, a set of Lincoln Logs, a wooden fruit-cutting kit, and a set of lacing beads. 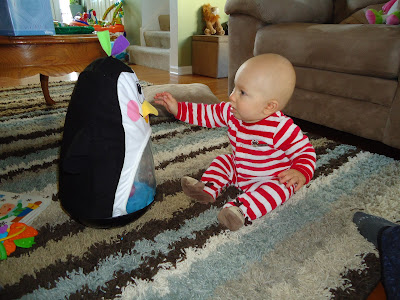 Santa must have thought Henry was a very good boy as well, at least for the six months he has spent with us. Santa brought him a penguin to knock over. He has balls inside of him, and he sings and taunts you until you whack him good. Henry loves him, but I think Nick likes Mr. Penguin just as much. Santa also brought him baby cookies, several teething toys, a toy airplane that vibrates and has a propeller that spins, and keys to chew on that make realistic car noises (so realistic  that you'd think he has a baby BMW or something). Henry now has three or four sets of keys, which is excellent, because he's always losing a set. He takes after his mommy. 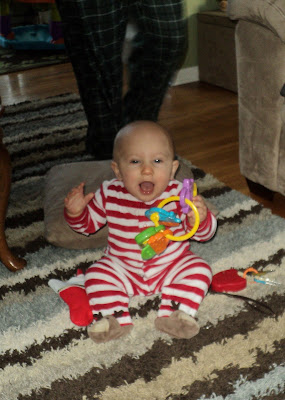 Nick loved eating candy before breakfast. I'll admit that I stole a few pieces myself. 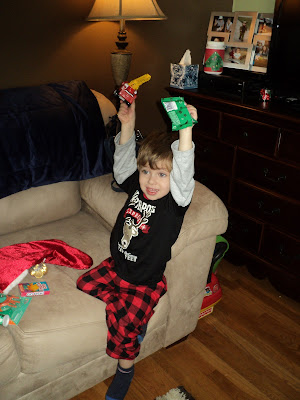 Christmas morning was very memorable, and I'm so glad Nick will remember it this year. 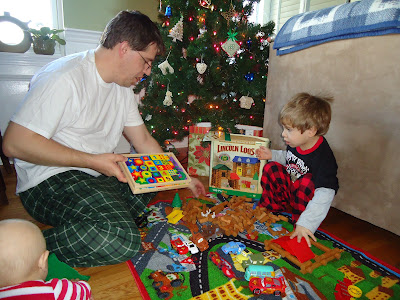